The Young World Changers, Part 3 of a Multi-part Series

The Reunion of Souls: Questions and Answers, Part 7 of 11

The Young World Changers, Part 2 of a Multi-part Series

Fusion of East and West – The Dynamic World Musician, Teema

The Bold Confidence of the Striped Skunk

Where Does Supreme Master Ching Hai Live? Part 1 of 6

Rrefraining from Intoxicants: Religions Against Drug Abuse and Illicit Trafficking, Part 1 of 2

Jesus was Vegetarian, Part 1 of 3: The Breaking of the Bread

Religions and Veganism – Eating Meat Is Never Right, Part 1 of 2

Kindness to Animals in Religions, Part 1 of 3

Supreme Master Ching Hai (Vegan) on the Harmful Effects of Meat, Part 6 - The Cause of Humanity's Degradation

Plastic Pollution: Its Consequences for Rivers and Oceans, Part 2 of 3

Provoking Thought on World Emergencies: “Contagion” & “The Land of Hope and Glory”

If Everyone Become Vegetarian

“DanShaRi”: Having Less for a More Enriching Life

The Art of Creating Vegan Flower Jelly to Celebrate the 3rd International Artist Day, Part 1 of 2 – The Auspicious Peony Flower

The Peaceful Veg Diet - A Common Thread Amongst All Enlightened Masters, Part 2 of 4

The Heavenly Attributes of Animals

His Excellency Donald Trump: Determined to Bring the United States and World Forward

Nations will need to encourage citizens to change lifestyles.

Nations will need to encourage citizens to change lifestyles.

The Second Coming of the Lord Savior

Warm greetings to the Supreme Master Television team. It is indeed an indescribable joy to be able to watch Supreme Master Television every day. I watched the “Multi-part Series on Ancient Predictions about our Planet” about the Savior, and there is a prediction about the Second Coming of Lord Jesus Christ. I once dreamed of Lord Jesus in His familiar garment and a Lady who wore a navy hat. Both of Them approached each other, then merged into one and flew to the sky. I was so elated to see such a beautiful scene and felt as if I was bathed in a refreshing rain filled with love. When I saw You in my vision, I recognized the aristocratic Lady wearing the Navy hat was Supreme Master Ching Hai, the Master whom I’d been looking for.

When I met You, after being initiated, I realized that Your eyes are very similar to Lord Jesus’ eyes. Hes has come back in another body! This is the greatest blessing for humanity. The time has come for humanity to recognize the Second Coming of the Lord Savior. My heart rejoices in the new Era that You have created. You have used many physical incarnations throughout the ages to awaken people to their Original Divine Self. Hiền Hòa from Âu Lạc (Vietnam)

Greetings, and many thanks to Beloved Master and dear Supreme Master TV team. Today, as I was sitting in peace for the World Vegan meditation hour to pray for a vegan world, I saw many animals, including whales and dolphins, praying with Master for this purpose. Animals prayed that the hearts of human beings will be filled with light in order for peace to come. With the blessing of Master, the whole Earth and its inhabitants were surrounded with a halo of a beautiful rainbow, and everyone could be elevated with this spiritually higher energy. And for some moments, the soul of planet Earth was submerged in peace and love. Bita from Iran

Loving Bita, What a beautiful picture your vision and words paint. We pray that others may continue to join Supreme Master Ching Hai in meditation and action to save the glorious animals on our planet so that we may all see such a vision and know Paradise on Earth. May you, the vibrant Iranian people, and cultured Iran know joy and Truth. In Allah’s eternal Love and Blessing, Supreme Master TV team

P.S. Master had these words for you: “Spiritual Bita, the animals do very much care about our planet’s future and are pleading with humanity to U-turn and embrace the compassionate vegan way of life. They love us very much and do not wish to see our destruction. Ask your loved ones to also join us in prayer to help create World Vegan. May the Prophet’s Light guide you and the intelligent Iranian people.”

Since the first time he watched Supreme Master TV, he naturally turned to a pure vegan diet
Hallo, Supreme Master TV, I would like to share a joyful story with everyone. There was one time I went out for dinner. I met a loyal audience member of Supreme Master TV and chatted with him. He said that last year when he was surfing the Internet, he accidentally discovered Supreme Master TV. With curiosity, he entered the website and saw Master. He felt that Master was amazing (he said he felt something…). Since then, for more than one year, every time when watching the shows, he would have different ideas and rewards. Since the first time he watched Supreme Master TV, he naturally turned to a pure vegan diet. Even until now, he has never wanted to eat meat, and his spirit and body are much better than before. He used to be a homebody, and people didn't like to be with him and never invited him to go out to eat and drink tea. Now, people around him feel that he is slowly changing. His friends attribute it to Supreme Master TV. They even laugh heartily. It seems that his friends are really happy to see his changes. For a long time, his temper was not good and he had no patience. He had unpleasant relations with his family and colleagues. He often kept animosity in his heart, making life difficult for others and himself. The more he discovers that he really has changed, the more cheerful he is. He doesn't care too much about small things and treats others well easily. He used to think that others are obliged to treat him well, while he didn't treat people around him or even animals nicely. After watching the animal anchors on Supreme Master TV, he felt that they are cute and lovely and would make people love them. Now, when seeing stray animals, he no longer has bad thoughts towards them, but hopes that there will be good people to take care of them for life. He explained in particular: Now when mentioning animals, he will not use the word "animal," but uses he or she (pronouns for human beings) instead, because he feels that animals are even more kind and loving than people. Although he has only been a vegan for over a year, one can feel while conversing with him that he is a true vegan from the inside, and has received spiritual inspiration. The endeavor and efforts by Master and the TV staff let people really change from the heart through watching Supreme Master TV, to become gentle, vegan and treat all sentient beings more lovingly. People's souls are touched, sparking their inner goodness and compassion. The existence of Supreme Master TV is more touching and gratifying than anything else. From Xiao Ning in Taipei, Taiwan (Formosa) who loves Supreme Master and all the working staff.

Walk The Way of Love

We should use our love, devotional spirit and spirit of care for each other to beautify this world and let our world become more and more meaningful, more and more beautiful. ~ Supreme Master Ching Hai

Walk the Way of a Living Saint

The Love of Centuries

The Dream of a Butterfly

As I recall,there was no secret behind my attainment of the Truth.All I had then was pure sincerity.I pursued spiritual practice without any ideas, demands or person in my mind. I was naturally like that. Even if you asked me to die for the Truth at that time, I would have done it as I wasn't attached to anything in the world. Whether I had food or not I persisted in my spiritual practice. I never..
Čítajte viac
Duchovno

I Have Come to Take You Home

I Have Come to Take You Home
Čítajte viac
Duchovno

From Crisis to Peace

At conferences, in interviews with journalists and at gatherings with disciples in recent years, Supreme Master Ching Hai has spoken with increasing urgency about Earth’s current climate crisis. As she states, “Our planet is a house that is burning. If we don’t work together with a united spirit to putout the fire, we will not have a home anymore”, But she also offers humankind an uplifting..

The Dogs in My Life

The Birds in My Life

The Birds in My Life
Čítajte viac
Deti

Your Halo is too Tight!

Your Halo is too Tight!
Čítajte viac
Deti

God Takes Care of Everything

The Realization of Health

The Realization of Health
Čítajte viac 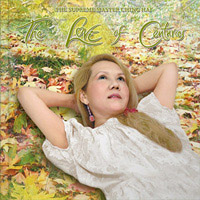 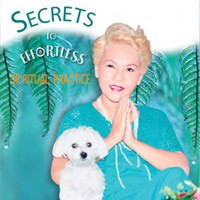 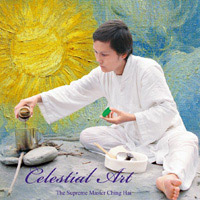 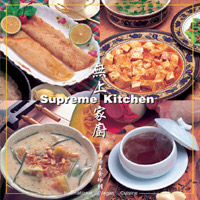 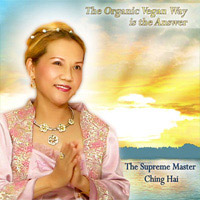 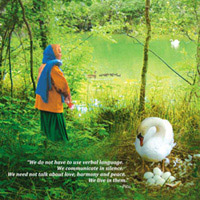 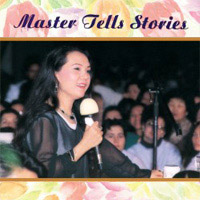 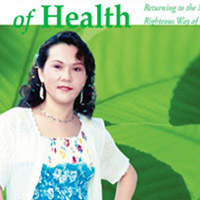 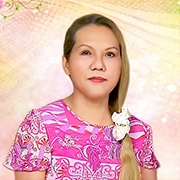 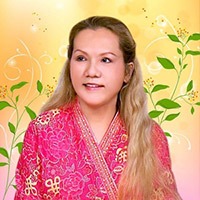 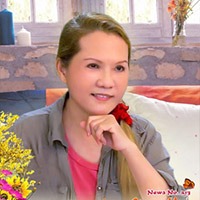 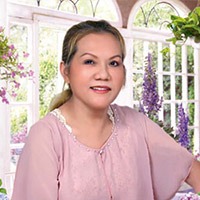 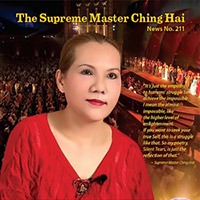 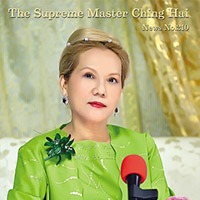 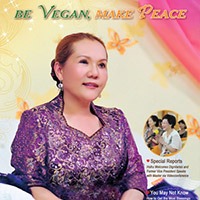 The Supreme Master once said, “While we are painting or doing things, we have to bring life, energy and happiness to the world, instead of just copying the dark aspect of this world. We can transform this place into a small Heaven!” This video/audio will lead you into this Heaven on Earth, to wander on the little bridges over the stream, and visit the creative pavilions as well as the mysterious..
Čítajte viac
Nebeské umenie

Many souls miss their original beautiful heavenly “Home”, and are touched in the deepest part of their hearts by Supreme Master Ching Hai's exquisite art creations. Her works of paintings, photography, clothes designs, jewelry, lamps, poetry and vegan cooking reveal the childlike innocence and joy of the Creator, all of which also have a profound meaning in this physical realm. Supreme Master Ch..
Čítajte viac
Maľba

THE FLOWERS IN THE HEART WILL NOT WITHER

THE FLOWERS IN THE HEART WILL NOT WITHER
Čítajte viac
Maľba

Since the dawn of creation, the enlightened Masters have come to lead us back home to the light. They teach us through spiritual practice, how to listen to the inner heavenly music and follow it to reach God. To remind us of this inner heavenly music, Master sometimes uses the beauties of the physical world music to help us reconnect. Listen as Master’s enchanting vibration fills the atmosphere o..
Čítajte viac
Hudba a poézia

Let us gently enter the poetic world of Supreme Master Ching Hai, to rediscover our true self through resplendent and passionate melodies, in this exquisite collection entitled “An Ancient Love.”
Čítajte viac
Hudba a poézia

Dream in the Night

Master recites and sings Her earlier poems with true emotion and sincere feeling, filling every note with Her eternal love and touching the inner depth of the listener.
Čítajte viac
Hudba a poézia

One World of Peace through Music

The Real Love The Musical

Loving The Silent Tears The Musical

The show commemorated the 19th Anniversary of Supreme Master Ching Hai Day, which honors the spirit of peace and giving as exemplified by the world-renowned spiritual teacher, humanitarian, poet and artist.
Čítajte viac
Hudba a poézia

This collection of songs,composed entirely by Supreme Master Ching Hai,reflects her exquisite artistic style and unique ability to express extraordinary meanings.She has transcended the vast differences among the Chinese, Western, and Aulacese cultures and blended them harmoniously,creating a compilation of many different musical styles.With her heavenly inspiration and de..
Čítajte viac

"Inspired by the Heavenly Kingdom,brings forth the Truth, virtue and beauty of the glorious realms of heaven." This was the theme of S.M. Celestial Show.

The Rainbows Manifest as Resplendent Attire to Glorify the World

The Rainbows Manifest as Resplendent Attire to Glorify the World
Móda

S.M. Celestial Show Of The Century

The Dragons gets the pearl

The Dragons gets the pearl
Vejáre 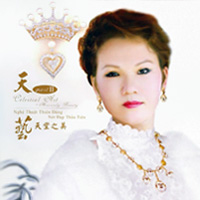 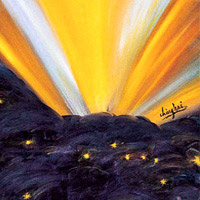 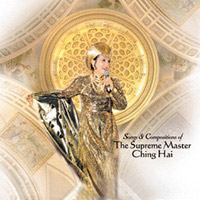 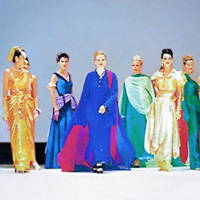 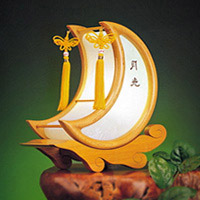 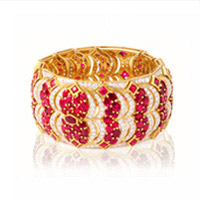 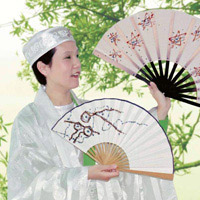 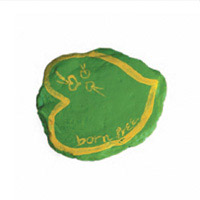 The Origin of Ching Hai Day